Putinism in the Dock for Airliner Shootdown 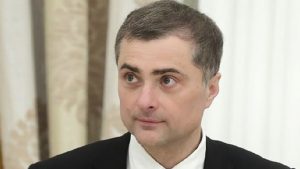 The prosecution of Russian agents in the 2014 shooting down of a Malaysian airliner over Ukraine has given Vladimir Putin one more reason not to relinquish power when his term ends in 2024 even if the Russian Constitution says he must.

Boris Yeltsin, you may recall, was reportedly eased into retirement by Mr. Putin with a promise that his family would be spared any recriminations for years of corruption. Who would do the same for Mr. Putin? His regime is no less dependent on wealthy individuals who may well decide their wealth and prospects are more at risk from Mr. Putin’s survival than his departure, most glaringly because of the tightening Western sanctions that interfere with their enjoyment of their foreign assets and bank accounts.
A successor government might find it politically advantageous to inquire into the crimes of the Putin era as a way of legitimizing itself. These are not limited to the murder of journalists and political opponents. They include the original sin of the Putin era, in which security officials are suspected of orchestrating a string of terrorist bombings so then-acting President Putin could be seen acting against terrorism.
Now add the murder of 298 airline passengers. A Dutch prosecution this week named three former Russian intelligence operatives as being involved in the deployment of a Buk missile battery across the border into Ukraine. Their efforts were allegedly directed by one Vladislav Surkov.
Mr. Surkov has long been known as the regime’s chief ideologist. He sparked chatter as recently as February with an essay saying that Putinism had become a permanent system that would outlast its founder, in which the will of the people is mystically embodied by the governing elite.
Since 2013, he has also served as Mr. Putin’s special adviser on Ukraine. This places him at the center of the regime’s highest-risk machination. Subjected to sanctions in 2014 by the Obama administration for the Crimea grab, he airily replied, “The only things that interest me in the U.S. are Tupac Shakur, Allen Ginsberg and Jackson Pollock.”
Facilitating the transfer of a Buk missile battery to Russian proxy fighters in Ukraine, who then promptly shot down one of the many international airliners routinely transiting the nearby airspace, unfortunately for Mr. Surkov cannot be portrayed as an innocent cock-up.
Though it was little noticed in the West at the time, a similar (not identical) Russian battery, in the hands of the Ukrainian military, overshot a target drone by 160 miles during a 2001 training exercise and accidentally brought down a Russian airliner.
Then, Russia and Ukraine were close allies. While the U.S. quickly identified a missile as the culprit, the Kremlin went into denial mode, with Mr. Putin personally insisting a shootdown was a physical impossibility. Eventually Ukraine officials admitted the truth and, two years later, paid $15 million in compensation to the families of the dead. They also banned further missile testing for fear of future accidents.
All this could not fail to have been in Mr. Surkov’s mind when, according to phone intercepts, he allegedly promised Ukrainian separatists military assistance in the name of a higher authority that could only have been Mr. Putin. A few days later the missile battery arrived.
When asked in 2014 if he intended to be “president for life,” Mr. Putin tersely answered “no,” but it’s hard to see better options for a man with his headaches. A much-discussed possibility is a federation with Russia’s pliant neighbor, Belarus, creating a new federal presidency that Mr. Putin could assume without violating Russia’s current constitution. Yet the idea is one Mr. Putin has recently played down: Even if Belarus’s nine million people were willing to let their national destiny be hijacked in this way, he would have to worry that his domestic “friends” might use such perceived overreach as an opportunity to end their dependence on him.
Portraying the Kremlin leader as a master of conspiracies, with all the strings in his hands, has been a necessity in U.S. Democratic partisan attempts to discredit the Trump administration. It has nothing to do with the real world, which is mostly shaped by Mr. Putin’s miscalculations. Nor does it help that Adam Schiff, now top dog in the House Intelligence Committee, feels the need to continue flogging increasingly arcane Trump collusion theories despite the findings of Robert Mueller.
Overlooked is what Mr. Mueller didn’t say in his report: The very existence of his investigation may well have been a triumph the Russians couldn’t have dreamed of from their lazy sprinkling of a few tall tales in the path of Christopher Steele. Alas the Trump era may have to end before the U.S. can have a Russia policy that isn’t driven by neurotic domestic partisan obsessions.