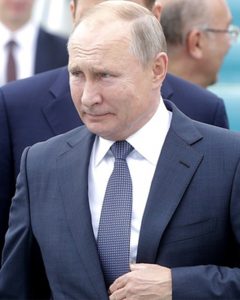 Nicolas Maduro and Evo Morales are dangerous dictators who led their countries into chaos. From a rational viewpoint, left-wing socialists in Latin America can be called a dead political burden. Betting on these regimes is futile in the long run. Does the Kremlin understand this? Yes, it does. Hence, a completely logical question may arise here:  What is the reason for Russians to support them? There can be no simple answer: to understand the real motives of Moscow’s actions, it is necessary to consider the whole situation from the perspective of President Putin’s fundamental foreign-policy views on international relations. In modern Russia, the system of these views is called Russian Neoconservatism or Putinism.

The basis of foreign policy is the task of returning the status of great power to Russia. From Putin's point of view, he is not just the leader of the country but also the continuer of the mission of the tsars and emperors to implement the concept of “Moscow as the Third Rome.” The world needs to accept the fact that he truly believes in it. At the same time, he is a pragmatist, which means that Latin American or Middle Eastern dictators mean little to him, along with the fate of these countries and their peoples. Putin once clearly stated that he did not need this world without Russia. From this perspective, the Russian president regards Syria and Latin America exclusively as objects of bidding in the future dialogue with the United States and China on the new architecture of the world order. Venezuela and Bolivia are countries that, according to the Monroe Doctrine, belong to the zone of special political, economic, and military-technical interests of the United States.

Once Russia (then in the form of the USSR) and America clashed in this zone of Washington’s geopolitical interests. During the 1962 Caribbean crisis, Kennedy's administration was ready to take the most decisive action to get rid of Soviet nuclear missiles located near the state of Florida. At that moment, the Cold War almost escalated into the first global nuclear war between the two superpowers. Moscow learned two main lessons from that crisis. Firstly, Washington is ready to start a war if a foreign state crosses the red lines in the countries of the American continent. Secondly, the Latin American cases can be used as a subject of negotiations and for the further achievement of concessions from the American side in more important issues (for example, the arms agreement in Turkey during the Cuban crisis of 1962). Putin is quite cautious. On the one hand, he does not cross the forbidden lines and does not take risky steps. On the other hand, he brings back the Russian factor to the Monroe Doctrine zone.

For Russia, it is important that Maduro and other Latin American politicians become a headache for Washington. And the more it hurts, the better. The political calculation of Kremlin strategists is based on the fact that the United States will one day turn to the Kremlin with a request to help solve a particular problem. Moscow will help in exchange for something related, for example, to Ukraine or the deployment of a missile defense system in Eastern Europe. Putin’s military-political elite is convinced that pragmatic Donald Trump regards faraway Ukraine, which gives him only problems, as a country of less strategic importance than neighboring Venezuela or Cuba. Acting like this, Moscow wants to achieve a dialogue with the United States on the return of the two states to a model of separation of zones of influence and responsibility. Putin strives to ensure Russia’s full dominance in the post-Soviet space; he considers it to be the civilizational, historical and economic part of Russian geopolitical influence. Therefore, this is not about any subjective political sympathies but about clear pragmatism from the perspective of Putin's Russia.

Den Kalmyk is a PhD and expert in economics. He was a Senior Lecturer at Yale University and Oxford University.