Trumpism And Putinism: Can Conservatism Bring The US And Russia Closer? 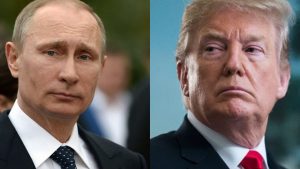 Over the past thirty years, the neoliberal order has noticeably weakened the concept of nation-states as traditional actors on the international stage. The collapse of the USSR indicated the triumph and unconditional domination of global democratization theory – that is, the notion that democracy is the ideal system for every society. After the unexpected victory of young Democrat Bill Clinton over political titan George H. W. Bush in the 1992 election, international organizations, transnational corporations, and various non-profit associations came to the fore. They enacted a policy to erase national boundaries and economies by encouraging integration across borders. However, time has shown that standardized mechanisms and approaches fail when applied to diverse civilizations. Therefore, nations and peoples are now looking for fresh benchmarks.

The success of right-wing movements in various states across Europe, Brexit, and the victory of Donald Trump demonstrate that once-forgotten and hastily buried conservatism is undergoing a resurgence. All those events were attributed to Russia’s intervention because globalists and liberals are convinced that there is only one person who wants to pull today’s world back into the previous century – Vladimir Putin.

It is believed that the Cold War was not so much about the confrontation between two superpowers, but between the two global political concepts – democracy and capitalism versus communism and socialism. Back then, such ideologists of liberal democracy as Francis Fukuyama were quick to announce the end of history. However, being the successor of the USSR, Russia did not accept the rules of the new world order. It once again became the stronghold of an alternative ideology: conservatism. The concept of “Putinism” is based on the fact that all states and nations are unique, and that the Western philosophy of a democratic world is not a universal solution for everyone.

It is necessary to understand that “Putinism” is not only a Russian phenomenon. Today, we are witnessing a conservative awakening throughout the world and even in the West itself. Thus, Euroscepticism is gaining popularity in the Old World, and in the United States a new Jacksonian ideology, “Trumpism,” is emerging at a rapid pace. These trends are getting broad support across societies. This is happening not because Moscow (by the way, limited by resources and opportunities) interferes in election campaigns around the globe but because every crack in the liberal world order gave rise to a request for change.

A Shared Philosophy
Two key nuclear powers, the United States and Russia, are strengthening their conservative elites. “Putinism” and “Trumpism” stand on common foundations: protectionism in economic policy, priority of national interests in relation to supranational institutions, pragmatism, and realism in foreign policy. The most dangerous thing for liberals is that Donald Trump and Vladimir Putin are leaders who openly say “America First” and “Russia First.” Only those leaders who understand the priorities of their countries and peoples are able to build constructive political dialogues.

Does this mean that America and Russia can become allies? Hardly. There are many complex contradictions in the relations between Washington and Moscow. Some of them (the Ukrainian case) were inherited by Trump from Democrat Obama. Others (for instance, the Venezuelan track) are currently being formed. However, this does not imply that the two powers are unable to find common ground on other significant issues crucial to global security. It was in Putin’s era that Russia began to actively support U.S. aspirations to denuclearize the Korean Peninsula, which is a priority of the White House’s international agenda. In the times of Trump, both countries reached a fundamental understanding of the need to destroy ISIS and sweep away radical terrorist groups from Syria. Moreover, both leaders are aware of the importance of maintaining red lines and respecting the principle of strategic restraint in critical situations.

The path to a real dialogue is not close, but the direction is right. It is on the basis of unified conservative principles and general philosophical values that progress can be achieved. This option is worth trying, as global geopolitical wellbeing and the future architecture of the world order depend on it.