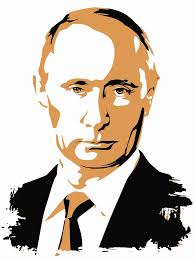 Recently, there has been an interesting trend of high-ranking Russian politicians writing articles of an ideological nature in which they attempt to analyze the metaphysical meaning of global political processes and find a place for Moscow in a changing world.

The most interesting piece originates from Vladislav Surkov, personal adviser to Vladimir Putin. The article is devoted to the new civilizational stage of the Russian state. In Surkov's opinion, there are four state models in Russian history: the Grand Duchy of Moscow of Ivan the Third (XV -- XVII centuries), the Russian Empire of Peter the Great (XVIII -- XIX centuries), the Soviet Empire of Lenin (XX century) and the Russian Federation of Vladimir Putin. Surkov’s main message is that the country has approached a certain period when the process of forming a new long-term national ideology -- “Putinism” -- is being completed.

The given ideology is weakly connected with the subjective personality of the Russian leader. In turn, it largely reflects the civilizational, political, cultural, and religious values that emerged at the junction of the liberal experiment of the first decade after the USSR’s collapse with conservative realism, which has consistently gained momentum since the 2000s. Conservative statespeople quickly became disillusioned with the neoliberal way, given that the leaders of the West were not in a hurry to integrate Russia into their system. Apart from that, the political dialogue was built on the basis of endless promises and real disregard for Moscow’s position on key issues of international politics. Yet, the second largest nuclear power, which played a crucial role in creating a balance of power system in Europe after the defeat of Napoleon Bonaparte and the victory over Nazi Germany, is not willing to imagine itself on the sidelines of global peace processes. Neither can it accept the fact that it is considered the losing side in the Cold War. The deep-rooted elites that are responsible for strategic decisions perceive their country through the narratives “Moscow = Third Rome” and “Successor of Byzantium.”

The ideology of “Putinism” is in many ways similar to the American “Jacksonianism,” which is close to the current administration of President Donald Trump. Both concepts are grounded in a conception of the priorities of their nations' interests. Globalism and supranational institutions are significant from the standpoint of establishing closer contacts between different actors, but they should not act as "teachers" to certain countries. The formulas are extremely simple -- for Trump, it is “America First” and everything else must be subordinated to the achievement of this goal. For Vladimir Putin, the world without Russia makes no sense. Faith and religion occupy a huge place in these ideologies. The United States was formed on the basis of the Protestant Puritan ethics that determines the spiritual foundation of the American nation and statehood. A similar core for Russia is Orthodoxy, adopted in 988 following the Byzantine model. The religious element has always played a crucial role in the process of state-building (Orthodoxy, Autocracy, Nationality -- the philosophy of the Russian Empire) and formation of the national elite. Russian leaders believe that Orthodoxy can act as a major factor in the consolidation of society, contributing to the creation of a new Russian identity. Without the latter, the society is doomed to spiritual and moral crisis, fraught with serious consequences, even losing sovereignty and disappearing as a civilizational unit. 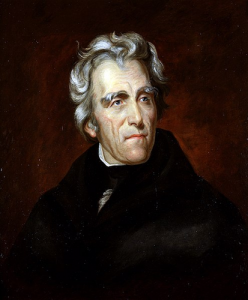 At the same time, it is obvious that America and Russia are multiconfessional countries. Therefore, the task of Protestantism and Orthodoxy is to unite and strengthen, and not to dominate or absorb. In terms of “Putinism” and “Jacksonianism,” politics should be built on the basis of strength and determination. Specific implementation of these principles is carried out through the enhancing of the military factor. Trump in America and Putin in Russia are consistently strengthening their armed forces, increasing funding for the defense sector and the military-industrial complex. The leaders of the two countries realize that the neoliberal order is in deep crisis and its collapse is inevitable. That is the reason why they are obliged to ensure the security of their nations in a changing world. According to Surkov, it is also meaningful for Moscow to return to its geopolitical senses. There is also much in common between “Putinism” and “Jacksonianism” here. Thus, President Trump is ready to use all resources to protect the interests of the United States at critical points. With respect to Venezuela, he rightly proceeds from the immortal concept of the Monroe Doctrine, according to which the American continent is a zone of vital U.S. interests. Russia perceives the post-Soviet space similarly. It is historically, politically, and economically closely connected with Moscow.

On the basis of his ideas about protecting U.S. interests, Donald Trump decides to move the U.S. Embassy from Tel Aviv to Jerusalem (which is right) and recognize the Golan Heights as part of Israel. The truth is that this step will be challenged by many countries, but another truth must be recognized -- all these judgments will be subjective and will proceed from certain sympathies. Why should these opinions concern the President of the United States, who makes decisions based on his beliefs about right and wrong, good and evil? Similarly, Putin supported former President Dmitry Medvedev on the issue of recognizing the independence of South Ossetia and Abkhazia. Apart from that, during his third term he made the decision on the Crimea case. Moscow does not consider its steps to be anti-American or anti-Western. Its perception of the West is different, it is based on conservative Christian-Jewish values.

In general, “Putinism” implies the indisputability of the fact that it was Vladimir Putin who saved new Russia from disintegration and returned it to global politics as a great power with its own national interests. It is reminiscent of "Jacksonianism" that is aimed to make America great again, return it to its real civilizational values and mission, devised by the Founding Fathers. Undoubtedly, the proximity of ideological attitudes does not mean that the United States and Russia will become allies and will form a new world order together. Quite the contrary -- competition in the international arena will intensify, and the crisis in relations between Washington and Moscow will deepen. However, these concepts allow us to hope that the sides, perceiving each other adequately and respecting one another (after all, even opponents can be respected) will not cross dangerous red lines.

Areg Galstyan Ph.D. is a regular contributor to the American Thinker, the National Interest and Forbes.